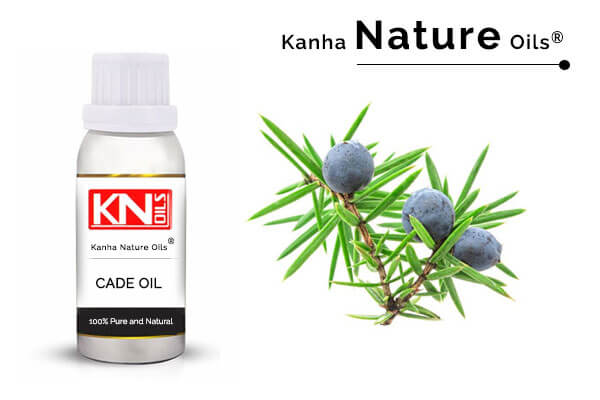 Description:
Cade is also known as Juniper Tar and Prickly Juniper. It is a large evergreen shrub up to 4 meters height. Cade is Native to Southern France. Now commonly distributed throughout Europe, Northern Africa, Spain, and Yugoslavia.

The oil has emollient, antimicrobial, and antiseptic properties. It is commonly used to remove skin and scalp problems like psoriasis, dandruff, and eczema.

Application:
~ The chemical properties of Cade Oil are anti-microbial, analgesic, disinfectant, and antiseptic. This property of cade oil can be utilized to manufacture a variety of Skincare, Haircare products to cure Cuts, Dandruff, Dermatitis, Eczema and Acne, and pimples.
~ Because of the good emollient, the Cade oil can also be used to prepare special skin creams and lotions for senior citizens.

Aromatherapy:
Always use rectified Cade oil in aromatherapy blend because un rectified Cade oil contains benzopyrene which is carcinogenic. During rectification, benzopyrene is removed. Cade oil helps in the treatment of pain and joint aches due to its excellent anti-inflammatory and analgesic properties. While massage it is also helpful in removing dead skin cells thereby rejuvenating skin cells to make the skin texture in a better way.