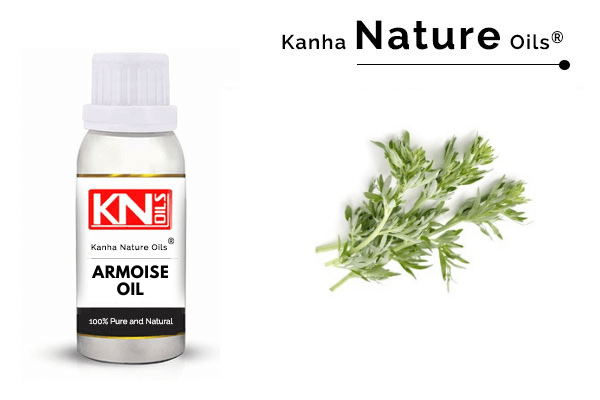 Description:
Artemisia is also known as Mugwort. Artemisia vulgaris is one of several species in the genus. The Artemisia species are widely distributed in temperate regions of North America, the Mediterranean region, Asia, Africa, and Australia. Most species are reported from Asia. Artemisia vulgaris L. grown in different locations of Uttarakhand Himalaya.
ARMOISE OIL is used medicinally throughout the world, in Europe, in Middle East Countries, Afghanistan, Pakistan, India, China, and Korea.

There are about 500 species of Artemisia reported in the world and out of which about 45 species are found in India.

Armoise oil can be extracted from aerial parts of the plant (leaf, flower, and fruits) by steam distillation. The essential oil yield ranged from 0.9 to 1.4%.

The oil is Pale Yellow with fresh, minty, herbal, and bitter-sweet odor. The leaf oil was found to be rich in α-thujone, 1,8-cineole, camphor, and isoborneol. The fruit oil contained α-thujone and artemisia alcohol as major components, while flower oil contains camphor more than other components.

Artemisia species are mainly used in the traditional system of medicine, Unani and Ayurveda, and also used as incense due to their sweet aromatic odor.

Application:
~Armoise Oil is used in herbal medicines to improve the digestive system.
~The oil is also used to treat the ailment of bronchitis and sore throat.
~This oil has anesthetic properties due to which it is used as local anesthesia in curing neuralgia, rheumatism, and arthritis. This oil works as a great sedative as well and finds wide usage with insomnia patients.
~Apart from all this, it is also used in the treatment of mental ailments like anxiety, depression, stress, and other related problems to a great deal.

NOTE: Armoise oil should not be used in aromatherapy because it contains an extremely high amount of thujone which is a convulsant and neurotoxin.