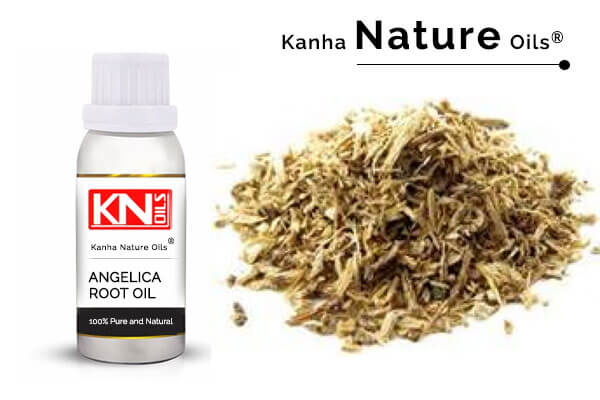 Description:
A large hairy plant with umbels of white flowers. Native to Europe and Siberia. Angelica is more common in the northern parts of the world, in Central and Western Europe, Greenland, Northern, and Eastern Europe to eastern Siberia. In Asia, it is common in eastern Middle Asia.

Oil is extracted from the root. Roots contain 0.5−1.0%, A number of sources indicate that Angelica Root Essential Oil may help fight infections, stimulate the immune system, and help motivate the elimination of toxins.

Application:
~Angelica root oil is Antispasmodic, aphrodisiac, carminative, diuretic, stimulant, and a general tonic.
~It is used as a flavoring in food and beverage.
~It can also be used in respiratory ailments and is a great help in stomach related problems; including nausea, dyspepsia, flatulence, and indigestion.

Aromatherapy:
ANGELICA ROOT OIL is used towards combating anxiety, stress, and exhaustion. In skin care, it can be used to reduce skin irritation, muscle, joint pain, and psoriasis